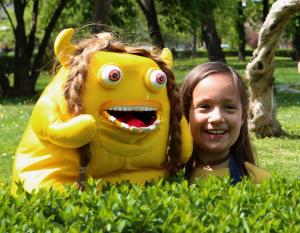 “Plastic is a monster that kills the fish and threatens Earth,” says the nine-year-old saviour of the planet.

Nia is nine years old. From an earliest age, she’s had a firm position on crucial life issues. Dancing is her biggest passion. Her very first performance actually took place on Trafalgar Square. A street musician invited her to dance with him and she did her utmost to mirror his every move, bringing wild cheers from the crowd of onlookers. That is how she earned her first 5 Pounds by honest work, which she decided to give to the clown. However, he explained to her that the money was the rightful, hard-earned reward for her performance. Nia learned her first lesson.

To make money, you have to put in some hard work.

And if you make money from something you love doing, the reward is even sweeter.

The second lesson came some time later. A river runs by the village where she would spend all her summer holidays, playing with the other kids who were there for the summer. This is where Nia learned to swim. But she learned something else, too – that it was up to the people to keep the rivers clean.  Realizing that in the river where she loved to swim, she constantly came across plastic bottles and that the plastic bag “decoration” of the river bank vegetation was spoiling her view, she organized a clean-up. Every summer, together with the kids staying with their grandparents, they would form a super-hero squad of nature saviours and clean up the trash.

“Because plastic is a horrible monster killing the fish and the whales.

Did you know there are whole islands of plastic in the ocean? They will gradually take over Earth. And we’ll have nowhere to live, we’ll be swamped in trash,” Nia explains in horror. And adds that 56% of the recycled plastic bottles go to make carpets and clothes. 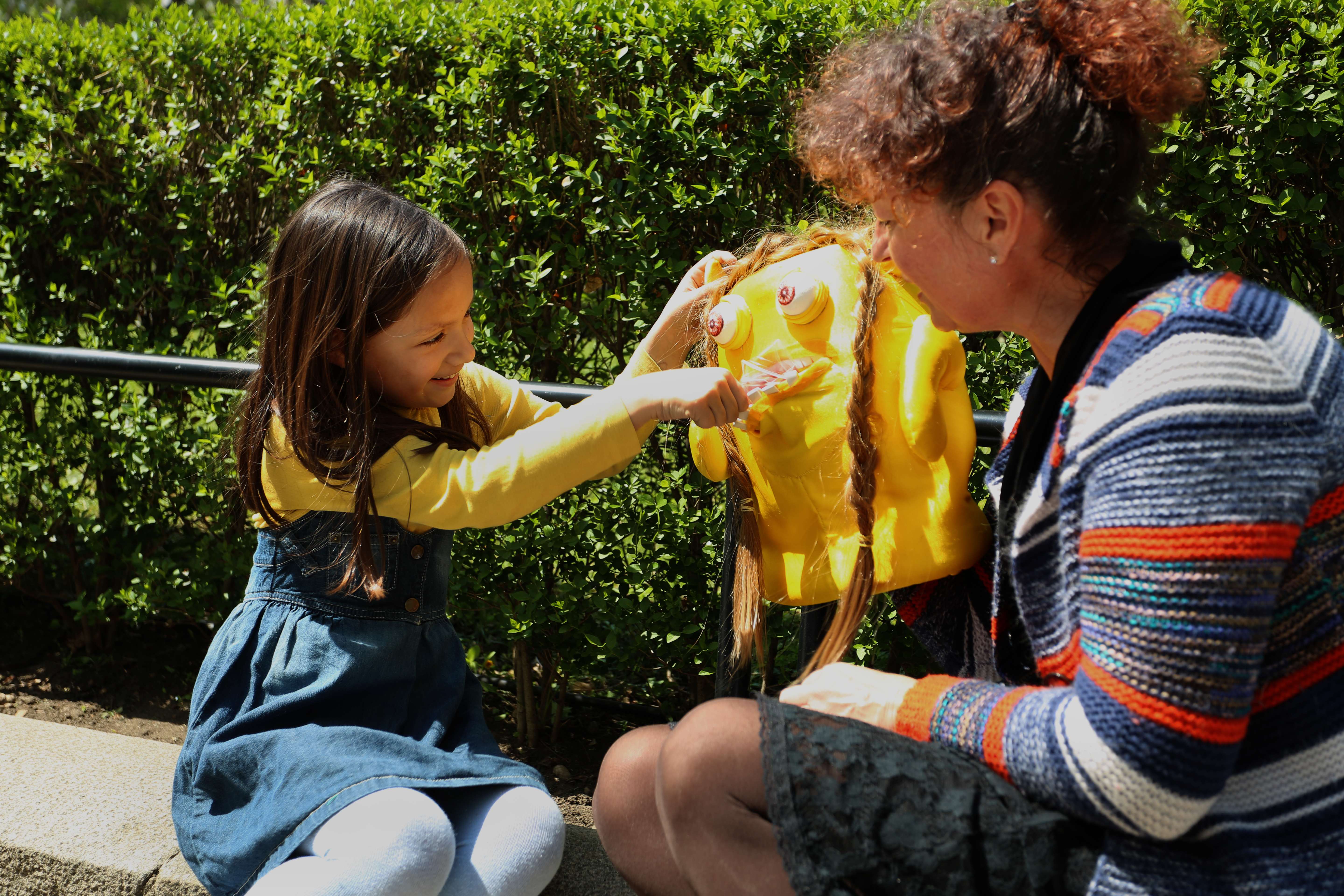 A moment later she meets a strange little girl with ginger braids and curious, wide-open eyes in the park. “Who are you?” Nia asks in wonderment. “Plastoyadka. I live in the park and feed on what people leave for me in the yellow container.” “Oh, yes, I remember you. When I was little my mum once took me for a walk and that’s when I met you and your two brothers Hartoyad and Stukloyad, who feed on the trash people throw in the three color-coded containers – yellow, green, and blue,” Nia answers excitedly, eager to start the adventure.

Friendship is topmost in her value system. That was the third lesson.

Any goal is reachable with friends by your side. 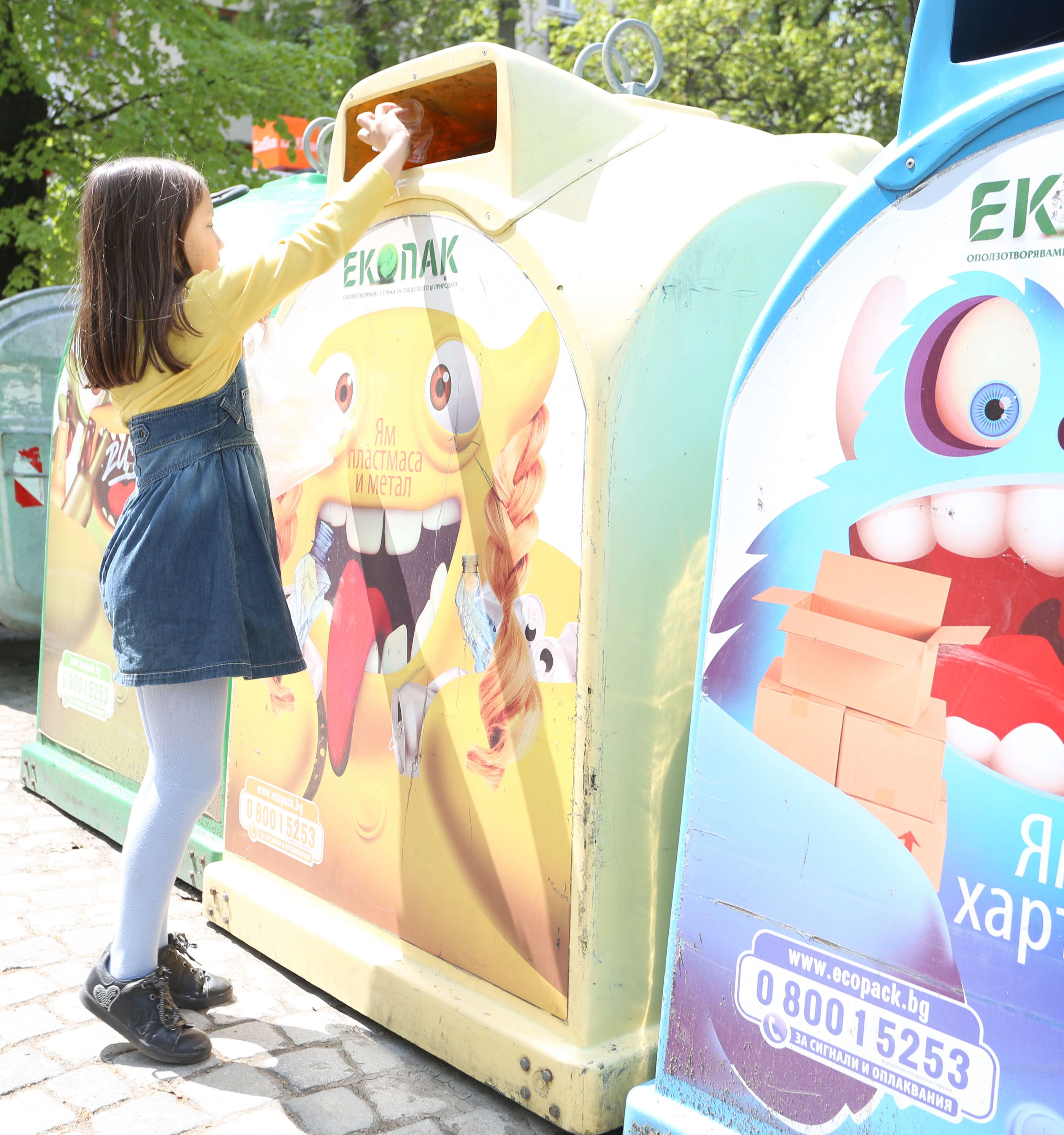 In school, she organized a Friends Forever Club. And her friendship with Plastoyadka has a cause – together they can make the planet a cleaner and nicer place to live. They can save it from the trash. “My mum has told me that the trash thrown out in the general waste bins goes to landfill sites, which get full over time and we constantly need new ones. But if you throw it in the color-coded containers the waste is recycled and made into something else that gets used again. That is why we collect waste separately at home. And then we throw out plastic in the yellow container – to feed Plastoyadka; paper goes into the blue container, and glass, in the green one,” Nia explains. Her mum admits that after that meeting in the park Nia has become so strict that if anyone in the family should throw something in the wrong container, she makes them go back and correct their mistake. Now she has decided

to organize the placement of color-coded containers in her school,

in order to do one more thing for our planet.

If you, too, would like your children to meet the park characters Hartoyad, Stukloyad and Plastoyadka, take them to the puppet show “A Tale of Brave Little Empty-Bellied Heroes”.

Up to now, over 5,700 children across the country have seen the show. It has been staged as part of the educational mission of ECOPACK Bulgaria – to raise awareness and teach grown-ups and kids alike about separate packaging waste collection and recycling.